Does Fluoride Really Help Your Teeth? 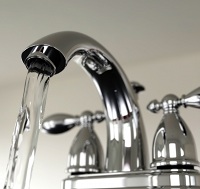 There’s a great debate raging everywhere, from dental assistant schools to the corner store, on the potential health benefits and risks of adding fluoride to drinking water. The $64,000 question is…

“Is there any health benefit to drinking fluoridated water?”

Numerous studies have produced conflicting results, so the jury is still out on this question.

What is fluoride, where does it come from, and why is it added to drinking water?

Fluoride is a naturally occurring substance that is found in the earth’s crust, and is produced as a by-product of certain industrial processes. Early studies conducted in the 1930’s showed that the addition of a very small amount of fluoride to drinking water reduced cavities in children by as much as 50%.

Fluoride, in the form of ionic fluorine, binds with tooth enamel in a way that helps the enamel resist damage caused by acids from plaque and sugars.

Initially, scientists believed that this binding took place when teeth were developing, providing a lifelong reduced risk of tooth decay. Recent studies have shown that fluoride does bind to tooth enamel, but only after the tooth has erupted, and both inhibits demineralization and promotes remineralization of the tooth enamel.

As a result of the early studies, some cities started adding fluorine to their drinking water in the 1940’s to help reduce the incidence of dental decay.

Most toothpaste sold today also contains fluoride and offers some measure of protection against cavities. While you can purchase unfluoridated toothpastes, your dentist will normally recommend that you brush with a fluoride paste. That’s not good is it?

Fluoride by itself, doesn’t play a large role in the human diet, and in fact, ingestion of fluoride can be harmful.

Fluoride toxicity does occur and can be fatal if large quantities of fluoride are consumed. The Environmental Protection Agency (EPA) considers fluoride to be a contaminant, and sets safe level for fluoride in drinking water at 4 parts per million, although some advocates argue that no amount of fluoride in drinking water can be considered safe. A Canadian study conducted in the late 1990’s showed that the optimal dental benefit of fluoridation is achieved when intake falls between 0.8 and 1.2 parts per million.

In the last 15 years, several studies have called into question the safety of adding fluoride to municipal drinking water.

One basis for the concern is that the studies that were originally used to justify the addition of fluoride to the water are flawed by today’s scientific standards. If the same studies were conducted today using the same methodologies, it is doubtful that the conclusions would justify a change in the way municipal water treatment is conducted.

At the time the original studies on fluoridation were conducted, no additional study was done to determine whether the addition of fluoride into drinking water would cause undesirable side effects and if so, what side effects might be expected.

The federal Food and Drug Administration has not approved the fluoride used in drinking water.

Compounding the issue is the fact that many foods contain water as an ingredient, and the aggregate intake of fluoride in a person’s diet may exceed the amount considered acceptable. In addition, fluoride used in drinking water is produced as an industrial by-product of processes used to make aluminum and fertilizer. Tests on these materials have shown that in addition to fluoride, the by-products also contain known hazardous materials like arsenic, chromium and lead.

Several studies conducted both in the United States and elsewhere to examine the health risks of fluoride in drinking water have concluded that fluoridation significantly increases the risk of fluorosis – fluoride poisoning.

It may also be responsible for an increase in bone and joint fractures in older persons, developmental defects in fetuses, lowered intelligence in children and decreased fertility in adults. A few studies have also linked increased fluoride intake with bone and liver cancers.

The Fluoride Action Network publishes a list of cities that have stopped fluoridating their drinking water, but no comprehensive list or database exists to indicate which municipal drinking water systems do and do not add fluoride to the clean water supply. You can view the full list of fluoride-free cities in the US  here.