Manufactured Housing for the Hermit Crab 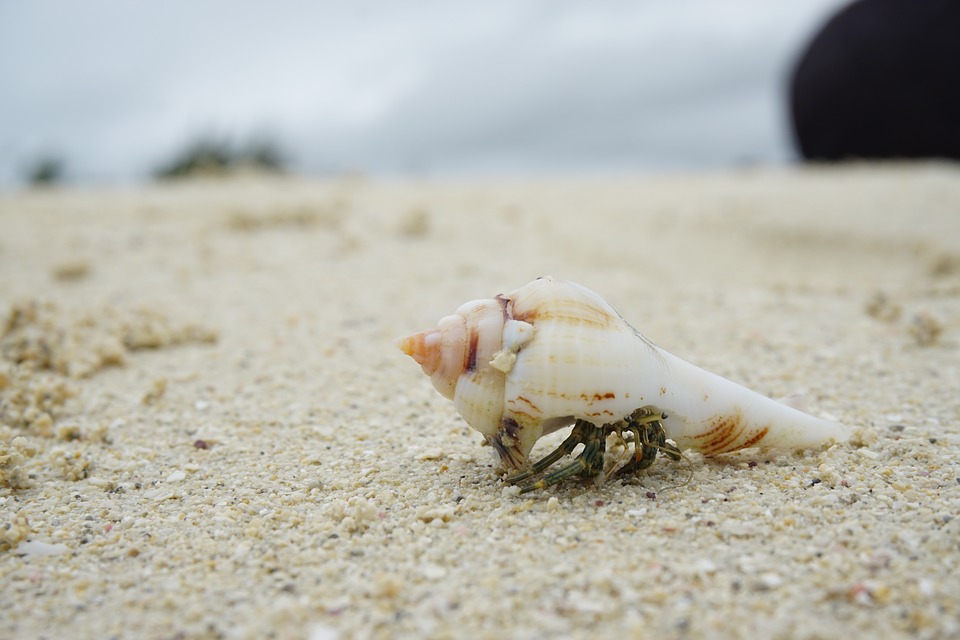 Hermit crabs are interesting creatures. Born without shells of their own, they spend their life squatting in the cast-off shells of other gastropods, trading up as they grow and need more space.

However, due to pollution, shell collection by humans, and other reasons, hermit crabs are facing an unusual housing shortage.

In an attempt to solve this problem, the Hand Up Project has come up with what they believe to be a creative solution: manufactured housing.

Yes, you heard that right.  But considering ocean pollution and harm to marine life with plastics it’s not a very good idea at all.

Due to a shortage of shells, minds have come together to create man-made “shells” for the hapless creatures.

By using rapid prototyping, these “shells” were designed in AutoCAD, and then produced in one piece using a stereolithography process (aka 3D laser printers) that deposits thin layers of plastic, one on top of the next, to create a structure that doesn’t need glues or solvents that could potentially harm the animals or their surroundings. Eventually, these structures will use die injection molds, allowing them to be mass-produced with few seam lines and lower overall cost for production.

In the beta version, the project was a success. When presented with their new homes, 25% of the crabs chose to move in. The crabs involved in this experiment were in captivity, meaning they grow at a slower rate than crabs in the wild, thus necessitating fewer housing changes. Consequently, it is believed that a greater percentage of crabs in the wild will choose this housing option, as they grow faster and therefore need a steadier supply of new and larger “shells” to move into.

There are few shortcomings to be found with this project. One obvious problem is that the new abodes are made of plastic, which could be perceived by many as non-biodegradable litter. However, with exciting discoveries regarding biodegradable plastic alternatives made of mushrooms, this apparent flaw could easily be remedied. Admittedly, the mushroom-plastic is probably too biodegradable, and wouldn’t last any amount of time underwater, but with all of the innovations in the field of sustainability, this is a “problem” that can soon be solved.

Another problem that many have pointed out is that this project will be another excuse for corporations to plaster their names on beaches and in the ocean.  However, this is a small price to pay to help preserve a species, and create a temporary solution until something more permanent can be conceived.  Additionally, if a project of this magnitude were to be adopted by governmental science agencies such as the Center for Sponsored Coastal Ocean Research, then corporations could be left out of the loop and America would be seen as a proactive force leading the way with scientific innovation and solutions.

Many people are aware of global warming, the need for more green technology, and other environment-related problems that need solutions. It’s easy to overlook the smaller issues we face, such as the demise of the hermit crab, and other creatures that are directly or indirectly affected by human behavior.

However, with a little knowledge and a lot of creativity, we can address even the smallest problems out there, and find innovative solutions that will have a lasting impact.