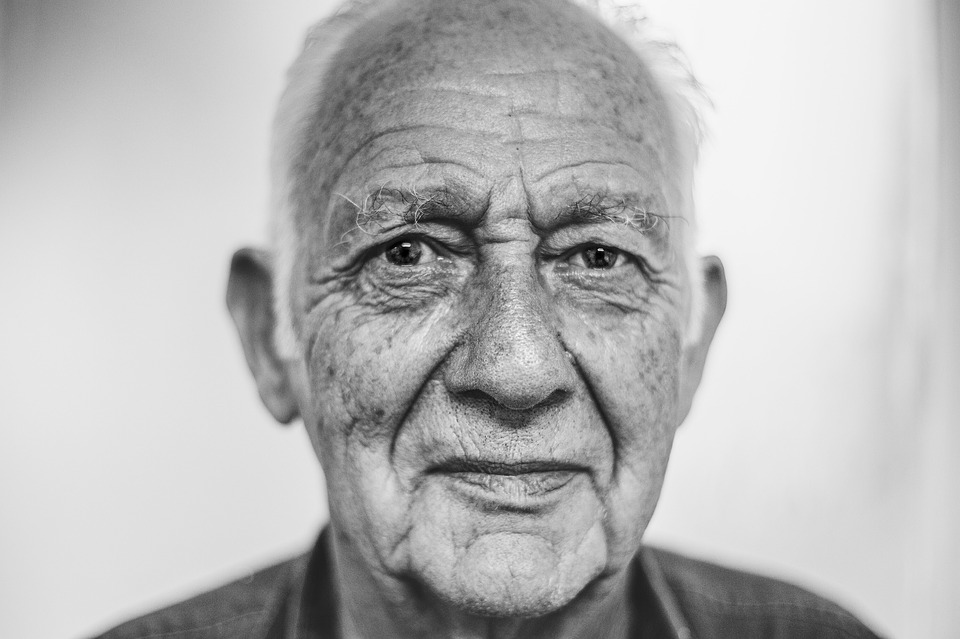 In a world where the average life expectancy ranges anywhere from 39 to 90 years, death is accepted as inevitable. Precautions are taken as we age – such as medical alarms, security systems, vitamins and various medications – in order to extend our lives as much as possible, but it would be fair to say that everyone knows their end will eventually come regardless of safety measures.

In a TED Talk, de Grey discusses the possibility of using science to exponentially increase the average life expectancy of humans to the staggering age of 1,000:

“The fundamental answer is that the pro-aging trance is not as dumb as it looks,” de Grey says. “It’s actually a sensible way of coping with the inevitability of aging. Aging is ghastly, but it’s inevitable, so […] we’ve got to find some way to put it out of our minds.”

He goes on to define aging: “The fundamental reason […] why we feel that aging is inevitable is summed up in a definition of aging that I’m giving here. A very simple definition. Aging is a side effect of being alive in the first place, which is to say, metabolism. […] Metabolism, which is defined as basically everything that keeps us alive from one day to the next, has side effects. Those side effects accumulate and eventually cause pathology. […] So […] we have this chain of events.”

When describing the approaches taken to address the problem of aging, de Grey distinguishes between the “gerontological approach” and the “geriatrics approach”. He says the geriatrician tries to intervene at a late stage by stopping accumulated side effects. However, the gerontologist looks at aging more from a perspective of prevention.

Relating breakthroughs that would be necessary in order to make his theory possible, de Grey adds that incremental refinements will follow major breakthroughs – keeping progress at a fairly steady pace and adding up to something that “is not incremental anymore”.

De Grey cautions that his theories on aging will not be possible right away: “Most people, when they hear that I predict that a lot of people alive today are going to live to 1,000 or more, they think that I’m saying that we’re going to invent therapies in the next few decades that are so thoroughly eliminating aging that those therapies will let us live to 1,000 or more. I’m not saying that at all. I’m saying that the rate of improvement of those therapies will be enough. They’ll never be perfect, but we’ll be able to fix the things that 200-year-olds die of, before we have any 200-year-olds.”

After explaining that these therapies probably won’t benefit those who are already 199 years old, de Grey adds, “If you’re only 50, then there’s a chance that you might be able to pull out of the dive and […] eventually get through this and start becoming biologically younger in a meaningful sense, […] both physical and mental, and in terms of your risk of death from age-related causes. And of course, if you’re a bit younger than that, then you’re never really even going to get near to being fragile enough to die of age-related causes.”

De Grey finished his talk by describing, how we actually get to this moderate amount of life extension that will allow us to escape velocity”: “I say that we have a 50/50 chance of reaching this [robust human rejuvenation] milestone […] within fifteen years from the point that we [are able to reach it with mice].  The public’s perception will probably be somewhat better than that. The public tends to underestimate how difficult scientific things are. So they’ll probably think it’s five years away. They’ll be wrong, but that actually won’t matter too much.”

De Grey concludes with describing a third approach, “the engineering approach”: “The engineering approach does not intervene in any processes. […] And that’s good because it means that it’s not a losing battle, and it’s something that we are in range of being able to do, because it doesn’t involve improving on evolution. The engineering approach simply says, ‘Let’s go and periodically repair all of these various types of damage—not necessarily repair them completely, but repair them quite a lot, so that we can keep the level of damage down below the threshold that must exist, that causes it to be pathogenic.’ We know this threshold exists, because we don’t get age-related diseases until we’re in middle age, even though the damage has been accumulating since before we were born.”

He states that, with suitable funding for this third approach, his theories can be put into practice, and experimentation can begin.

So what do you think? Is it possible to increase our life expectancies so dramatically? Could we actually live to be 1,000? Would you want to live that long, or do you think that you might reach a point where enough is enough?