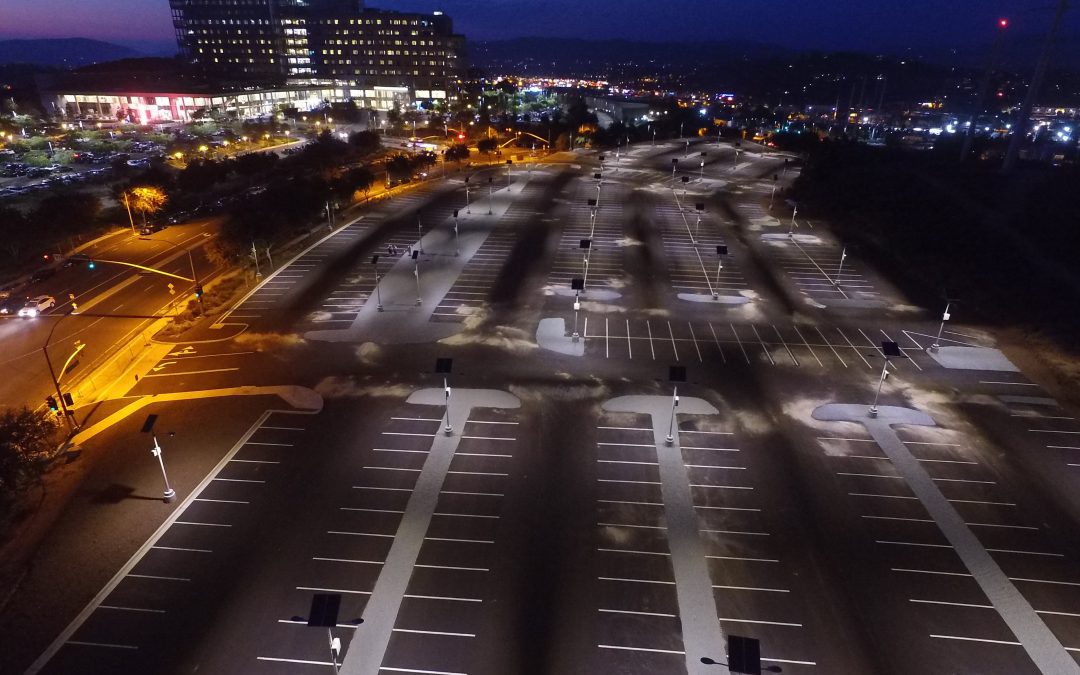 In the wake of a new millenia, the world is focusing on sustainability: how to reduce plastic in the oceans, how to stop the glaciers from melting, and how to reduce human impact on the environment?

Yet, sustainability isn’t just about going green. It involves economic, social, and environmental aspects so the current needs of the population can be met without compromising future generations. Solar outdoor lighting performs a crucial role constructing sustainable communities. Businesses and municipalities are using LED solar path and outdoor parking lighting because of their fiscal responsibility, social impact, and environmental benefits.

Public park lighting also reduces the chance of crime in the area it lights. Vandalization and theft have become problems in many parks during the night due to the lack of funds for security. Therefore,lighting the area is a cheap and efficient way to enhance your park’s security.

Social change occurs once more lights are installed in a city. According to EverGen study on illumination on a city, increased lighting will improve the sense of safety, extend park hours, and reduce bike accidents by 50%.

Solar park lights will incentivize people to attend the park in the early morning and at night since it will create a safer environment for the community. The National Park and Recreation Association has recently encouraged greater use and a safe environment in the parks, listing lighting as one of the main factors of safety. Installing public park lighting will incentivize people to attend the park at night without the threat of crime or harassment, which allows park departments to host night time fundraisers, concerts in the park, among other activities. Similar effects will occur when installing pathway solar lights, which will reduce accidents and encourage people to become more active in community.

The greatest reward for installing outdoor solar lights arises from the increased environmental and ecological benefits. All solar lights are naturally powered by the sun, replacing the use of carbon-emitting electricity with a renewable energy source. During installation, there is no underground wiring or trenching, so the environment is undisturbed during the whole process.

The best solar path lights are typically LED lights, which are more energy efficient and contain no toxic elements. LED lights also have a longer lifespan than traditional lights which will reduce overall carbon emissions during its use. One major problem that parks face is how lighting affects the natural environment and wildlife around it, since artificial lights disturb behaviors of wildlife and produce a high amount of light pollution. Solar park lighting is dark sky compliant, which minimizes glare and reduces light that enters into the sky.

Solar outdoor lights have proven to be a key factor in creating sustainable cities of the future. Both solar path lights and outdoor park lighting have economic, social, and environmental benefits that will support future generations.