Cleansing the Air at the Expense of Our Water 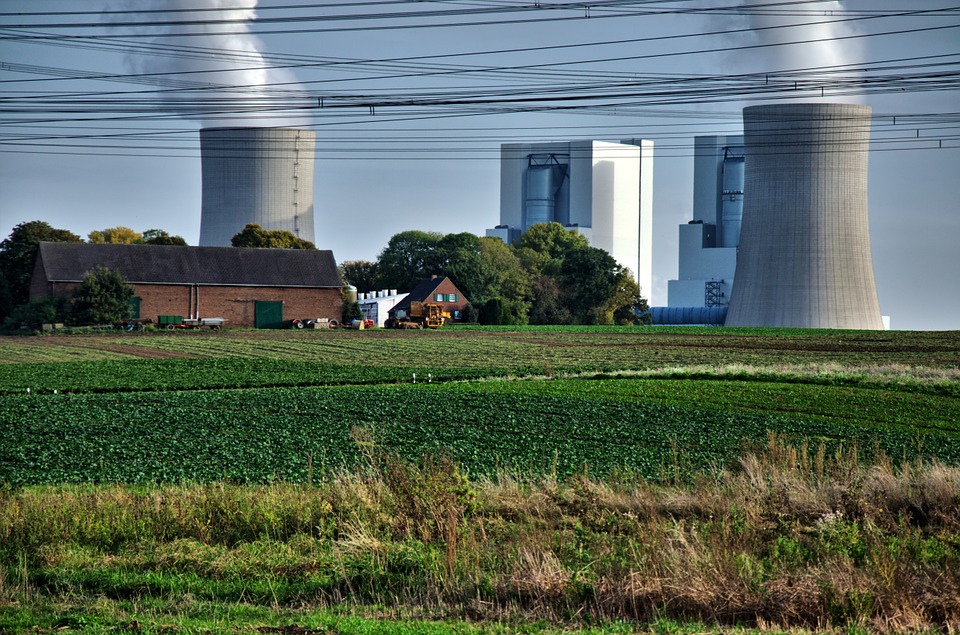 Power plants around the country are among the major sources of the pollution problem in our country, and one of the biggest contributors to global warming around the world. Coal and nuclear plants produce toxic waste that can show up in our environment in potentially devastating ways—thus far, coal has been exponentially more harmful to the environment than nuclear power.

While power plants provide an essential service, literally “keeping the lights on,” rampant air pollution is an unfortunate by-product.

Some types of power plants are more harmful to the environment than others. The coal burning plants kill 13,000 human beings per year—not to mention the damage that they do to plant and animal life, or the long-term havoc they are wreaking on the composition of our atmosphere, which is likely to lead to incalculable destruction as global warming continues. And that’s not even taking into account the human cost and environmental devastation wrought by the coal-mining that feeds the industry. The 88 coal-fired power plants that remain in operation around the country have always tended to be some of the most insidious and destructive to the environment, particularly to the air.

The good news is that many coal burning plants around the nation are finally starting to respond to demands for reform; many have taken heed of warnings about their destructive side effects to the environment and are beginning have taken steps to reduce the amount of pollutants they are spewing into the air, albeit this action is being taken under pressure from the EPA. Coordinated efforts by the EPA are forcing coal power plants to limit the amount of mercury that they spill into the air, and—ultimately—limiting the amount of carbon that they will be able to legally spill into the sky.

The bad news is that despite the reduction in air pollution, they have in effect created another problem as a result: toxic water pollution.

Coal burning and other power plants are now the country’s largest producers of toxic waste that eventually filters into community water supplies. While pollutants in the form of air emissions have been dramatically reduced, toxic waste deposited into bodies of water around the country is now occurring at an alarming rate.

In a nutshell, what used to be spewed into the air is now released into lakes, rivers, streams and the ocean.

According to a New York Times summary of data from the Environmental Protection Agency, power plants are now considered the largest and most destructive source of toxic waste in our water systems, surpassing even industries such as paint, plastic and chemical manufacturers.

One real life example of this took place recently in and around Masontown, PA. For years, residents in five states surrounding the town registered complaint after complaint about a coal-fired power plant in the city causing major air pollution issues. Yellow smoke poured from the tall chimneys of the plant, leaving a visible film on cars and actual bits of coal waste on the streets and in people’s yards. Eventually, the five states surrounding the plant (including New York and New Jersey) brought a law suit against the plant’s owner, Allegheny Energy. Plaintiffs claimed that the resultant air pollution from the plant was causing numerous respiratory diseases in people as well as acid rain for miles around.

As a result of the public’s complaints, the Allegheny Energy Company installed scrubbers that would help clean the power plant’s air emissions. This technology would clean the air by spraying water and cleansing chemicals through the plant’s smoke stack chimneys, trapping the 150,000+ tons of toxins and pollutants yearly before they were spewed into the sky via toxic smoke and vapors. The public and environmentalists rejoiced at this news.

However, the cleaner air has not come without a price.

For the air-cleaning technology to function, the by-product is an overflow of tens of thousands of gallons of toxic, polluted water being dumped into the nearby Monongahela River. This water is laced with chemicals from the cleaning process as well as the original toxins from the power plant. Most disturbing of all is the fact that the Monongahela River provides drinking water to over 350,000 residents in the area. This river also flows northward into Pittsburgh, which is just 40 miles away.

Although they are no longer breathing toxins from the power plant, residents in the area are instead being forced to drink the toxins in their drinking water.

Citizens have been petitioning judges that have jurisdiction over the plant to put tougher pollution legislation into effect, but it seems that these changes are very slow in coming together.

While these citizens are vigilant and on top of the factors and industries that could be affecting their health, in many areas of the country this goes on in a more subtle way, harder to detect.

A number of steps that normal citizens can and should take to protect themselves from contaminated city water are as follows:

I say that you should drink bottled water at the last resort because it’s about 1000 times as expensive as getting filtered water from the tap.  If you drink bottled water on a regular basis, considering buying a thermos or water bottle and carrying filtered water from your home with you.  Then think about donating the money you save to organizations protecting our water rights or helping people in developing nations to get access to clean water (like 20Liters)