The Most Impressive Steel Structures In The World 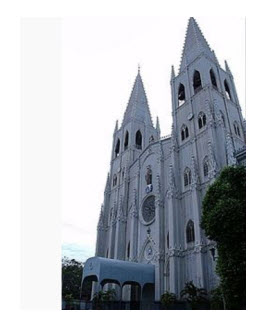 Ever since we started making buildings out of steel, this strong metal has allowed us to build bigger and higher than ever before.

Steel is an alloy of iron and other elements and in the mid-19th century, scientific developments made it inexpensive to mass produce. A man called Henry Bessemer discovered the “Bessemer Process”, a cheaper method of producing steel on a large scale.

Further refinements of the production process continued to lower the cost and increase the quality. These days, steel is one of the most commonly used materials in the world and it is a major component in most buildings as well as ships, appliances and automobiles.

When architects began to use steel, they realised that they had found a material that was strong enough to create the types of soaring masterpieces that they envisioned in their imagination. Here are some examples of beautiful and impressive steel structures throughout the world. 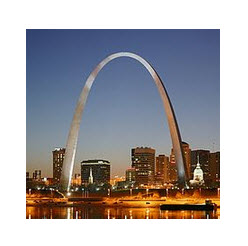 It’s hard to comprehend the scale of this enormous monument until you visit it in person at its location within the Jefferson National Expansion Memorial in St. Louis. The arch is the tallest monument ever constructed in the USA and it reaches a height of 192 metres. It was completed in 1965 and it symbolises the extension of the USA towards the West.

The arch is visited by most than one million tourists every year and visitors are able to go inside the arch and see the view from the top. 900 tons of steel were used to build this incredible monument.

This large church is unique in that it is the only church made from prefabricated steel in the world. It is also the only steel church on the continent of Asia. It was build in the Gothic revival style in 1891 and is thought to be one of the most impressive examples of this particular architectural style in all of Asia.

Believe it or not, this entire church was produced in pre-fabricated sections in Belgium and then shipped via water to Manila. 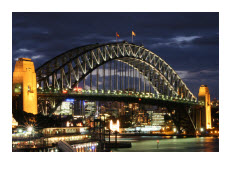 This bridge, along with the famous Sydney Opera House, is a landmark icon for the Australian city. It carries car, rail, bike and pedestrian traffic from the North Shore to the busy Central Business District.

This impressive bridge holds a lot of work records, such as being the largest width long-span bridge in the world and the highest steel arch bridge in the world. Its stunning arch stretches over 503 metres and sometimes the Australian sunshine can warm the metal so much that it expands more than 18cm. It’s hard to believe that this marvel of construction was built back in 1932. 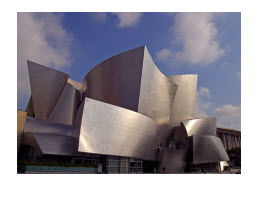 When you first set your eyes on this unusual building, you will be struck by the unique shape of its construction. Rather than going with the conventional right angles and straight lines, the architect Frank Gehry created a curving mass of free-flowing shapes. Frank Gehry is one of the most original, creative and influential architects of our time. It is always easy to spot one of his fascinating organically-shaped buildings.

When the building was first built, its curved surfaces had shiny and polished panels that caused problems as they reflected the sun onto nearby office buildings and caused their air conditioning systems to overheat. In order to combat this, the panels were given a dull matte finish.

This concert hall is also known for having superb acoustics and is thought to be one of the best concert halls in the world.

These are just a few of the most stunning and impressive steel structures in the world, brought to you by the properties of this strong and flexible metal.

Ian Appleton is an architecture student and blogger who loves looking at amazing buildings, whether they are made of brick, stone, wood or structural steel.